PALM SPRINGS, CA – April 20, 2005: The Board of Directors of the Agua Caliente Cultural Museum is proud to announce the selection of a new site as the future home of the Museum. Located at the Southeast corner of Tahquitz Canyon Way and Hermosa Drive, the 8.65-acre site is situated one block East of the Palm Springs Convention Center, where the new Museum will make a spectacular architectural contribution to civic life along the Tahquitz Canyon corridor.

“We believe that just as it was the role of the tribal elders to hold and pass on our traditions, this world-class museum will serve as a new kind of tribal elder, preserving the Native spirit of the Desert for future generations,” said Mildred Browne, Chairwoman of the Museum’s Board of Directors. “As interest in the rich cultural heritage of the Cahuilla has grown among our own people and others across the country, the need for an expanded, state-of-the-art museum has become clear. Thousands of years of history and culture will be revived and preserved. Strong support for this Campaign to Preserve the Native Spirit of the Desert will help to make this dream a reality.”

Choosing the ideal site for the new museum has been an ongoing process for the Museum Board of Directors, which has been working in conjunction with the Tribal Council of the Agua Caliente Band of Cahuilla Indians. Tribal Chairman Richard Milanovich said of the process, “Several options have been considered, and the ultimate site selected is one that we believe is consistent with the vision shared by the Tribal Council for this significant part of town within Section 14.”

Chairman Milanovich added, “The Tribe’s desire to emphasize the area’s Indian heritage and culture will be exemplified by the ‘Grand Boulevard of Indian Culture’ that Tahquitz Canyon Way will eventually become. This new Museum fits perfectly with our plan to reinvigorate Section 14 and will serve as a catalyst for the growth of downtown Palm Springs.”

At a recent ceremony to commemorate the installation of the final structural beam at Palm Springs’ expanded Convention Center, Chief Planning Officer Tom Davis described Section 14 as the heart of the Reservation, and its continued prudent development as vital to the City’s continued economic growth. He added, “The Convention Center is the traditional gathering place and we believe the heart of the City of Palm Springs.”

“We are so pleased with the site chosen for this fabulous museum,” Palm Springs Mayor Ron Oden said. “Having additional cultural activities within walking distance of our downtown are priceless amenities. We respect the culture and the heritage of the Agua Caliente Band of Cahuilla Indians and believe this new museum will enrich all our lives,” the Mayor added.

Capitalizing on the shared renewed focus to revitalize downtown, the new Museum will bring an additional cultural dimension to the heart of the City. The new Agua Caliente Cultural Museum will welcome annually more than 150,000 visitors of all ages and backgrounds, and will feature permanent and changing exhibitions, a research library, educational center, a 150-seat theatre, and an outdoor learning garden. Reflecting the demographics of the Coachella Valley today, the new Museum will be completely bilingual. Historically, the first non-native language that the Cahuilla people learned to speak was Spanish.

The building itself will be a 98,000 square foot, solar powered/energy efficient building. Museum Executive Director Michael Hammond explained the two very inter-related reasons the Board of Directors and staff of the Museum desire to have a green building: “Native Americans are the traditional keepers of the natural resources of our lands. To be a green building is to affect the least impact on the natural resources. The second reason is one of economics. With the escalating energy costs in the US and particularly in California, all institutions should be seeking ways to curtail this expense. Energy savings can be dedicated to enriching the Museum’s educational programs and furthering our mission.” Pursuant to these goals, the Museum has selected Jones & Jones Architects and Landscape Architects. Widely recognized as a “very green” architectural firm, Jones & Jones was one of the principal architects for the Smithsonian Institution’s new National Museum of the American Indian in Washington, D.C.

As a Smithsonian Affiliate, Coachella Valley’s new Agua Caliente Cultural Museum will echo some of the same design themes of its east coast partner. Using natural building materials, the building will reflect elements of Cahuilla culture including traditional architecture, basketry and pottery. The most important benefits of the Smithsonian Affiliation will be the Museum’s ability to receive the long-term loan of objects from the vast Smithsonian collections, access the richness of their educational programs and expertise, and bring its world-acclaimed exhibitions to Southern California.

Visitors to the new Museum will go inside a palm frond house, listen to tribal elders tell stories, view tribal council accomplishments, and learn in an Indian school classroom. Changing exhibits provided by the Museum and other institutions will range from ancient objects to contemporary Native American art. Visitors will enjoy demonstrations of traditional crafts and skills, films, dance performances, theatre, storytelling, and lectures. Young people will discover books by Indian authors in the Children’s Library, and students of Cahuilla culture will have access to the Museum’s collections and archives through digital images in the Media/Language Lab and Reference Library. The new Museum building will dramatically increase capacity to offer educational programs to school children and the community.

Completion of the new Museum building is projected for 2008.

The Campaign to Preserve the Native Spirit of the Desert will raise the $40 million needed to build the new Agua Caliente Cultural Museum. The Agua Caliente Band of Cahuilla Indians has contributed $5 million outright to the campaign and offered a challenge pledge of an additional $15 million dollars – matching dollar for dollar all contributions up to $15 million.

The Agua Caliente Cultural Museum, a 501(c)(3) non-profit institution, inspires people to learn about the Agua Caliente Band of Cahuilla Indians and other Native cultures. We keep the spirit alive through exhibitions, collections, research and educational programs. The Museum is currently located at 219 South Palm Canyon Drive in Palm Springs. The Museum is open Wednesday through Saturday from 10:00 AM to 5:00 PM and Sunday from noon to 5:00 PM. Admission is free. For more information on the Museum, please call 760/778-1079 or visit www.accmuseum.org. 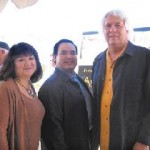