“Get Ready” for An Incredible Concert January 13

COACHELLA, Calif. (December 28, 2006) – “Get Ready” because Motown’s biggest voices are coming together for a one-night-only concert event. The Temptations and The Four Tops will electrify the Spotlight Showroom stage with their signature sounds on Saturday, January 13.

The history of The Temptations is a history of contemporary American pop. An essential component of the original Motown machine, that amazing engine invented by Berry Gordy, The Temps began their musical life in Detroit in the early 1960s. It wasn’t until 1964, however, that the Smokey Robinson written-and-produced “The Way You Do the things You Do” turned the guys into stars.

An avalanche of hits followed, including “My Girl,” “It’s Growing,” “Since I Lost My Baby,” “Get Ready,” “Ain’t Too Proud to Beg,” “Beauty Is only Skin Deep” and “I Wish It Would Rain.” In the 1970s, the Temps sound became more intense with hits like “Runaway Child,” “Cloud Nine,” “I Can’t Get Next to You,” “Papa Was a Rolling Stone” and “Psychedelic Shack.”

The Four Tops were launched with the mega hit “Baby I Need Your Loving,” which went to #11 in 1964. Over the next eight years, they appeared on the charts nearly 30 times, with hits like “Ask the Lonely,” “Same Old Song,” “I Can’t Help Myself,” “Reach Out and I’ll Be There” and “Standing in the Shadows of Love.”

In the 1970s, the Four Tops continued striking gold with hits like “River Deep, Mountain High,” “Still Water,” “Keeper of the Castle” and “There Ain’t No Woman.”

Put the spotlight on Motown at Spotlight 29 Casino, the Coachella Valley’s most exciting place to play. Spotlight 29 Casino is a business venture of the Twenty-Nine Palms Band of Mission Indians. Turn it on at www.Spotlight29.com. 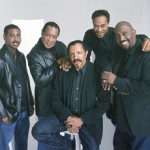