The Hispanic Chamber of Commerce of Coachella Valley has been very successful in bringing in grassroots community businesses and grassroots community leaders. Three prominent community leaders handed in their membership and went on record as founding members. In accepting their applications, founding chamber president Ana Rascon Vasquez said, “ We are very appreciative of the opportunity to place the spotlight on our very own community resources. We have many businesses and individuals who make a difference in our lives, every single day and we want to keep the focus on them throughout the year. As a chamber, we will give our membership individuals and businesses exposure every chance we get.” The Hispanic Chamber of Commerce in association with La Prensa Hispana both in print and on the daily internet newspaper at www.laprensahispananewspaper.com will continue advertising members.

Roy Wilson is the 4th District Riverside County Supervisor. He was a former College professor and also served on the City Council of Palm Desert for many years. As a County Supervisor he is responsible for a massive amount of territory covering the Coachella Valley and Palo Verde Valleys. Roy Wilson has offices throughout Riverside County including one in Palm Desert on Fred Waring Drive next to the City Offices.

Marty Brhel is a retired prosecutor as a California County Deputy District Attorney. Marty also served as Staff Counsel with the California Department of Motor Vehicles and has written several publications. He wrote, Catch 55: Courtroom Survival for Traffic Officers, Catch 56:Courtroom Survival for DUI Cops and Courtroom Survival for Small Claims Litigants. He has been a radio host for Crime fighters on KESQ, KDES and KPSL. In his limited spare time he serves as Judge Pro Tempore (Civil, criminal, small claims and traffic matters).

Dr. Ines Suarez has a busy dental office practice at 83-115 Requa known as Del Pueblo Dental Office. Dr. Ines Suarez has won several honors in past years including the coveted “Sol Azteca” at the International Hispanic Awards in 2004.Dr. Suarez contributes generously with her time. She is a member of the Coachella Valley Housing Coalition Board and belongs to a number of dentistry associations. She can be reached at 775-0109 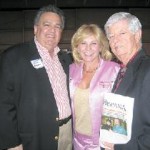 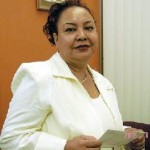