Living with HIV: A Black Perspective

In the 1980s, being diagnosed with HIV was a death sentence. Not much was known about the disease, and there was no effective medicine to treat the illness.
Over the years, researchers have made great strides in shedding some light on the transmission, treatment and prevention of HIV.
Although there have been many achievements in the field of HIV research, individuals that suffer from the disease still experience shame, stigma, rejection and discrimination in the communities where they reside. To provide context, Albert, a 28-year-old African-American male, shares how his life has changed since his HIV diagnosis two years ago.
According to Albert, his partner at the time suggested he get tested for HIV, but Albert was not sure why his partner was so persistent. When he got tested, the result from the blood test came back negative. Nevertheless, he later went ahead and got tested for the second time—the result was inconclusive, meaning it was neither negative nor positive. At his third test, the result showed Albert was positive for HIV. After he tested positive, Albert’s partner revealed to him that he was also HIV positive and had withheld his HIV status from him.
Initially, after being diagnosed with HIV, Albert did not have a strong relationship with his family. However, over time, Albert’s relationship with his family has improved and they have become more accepting.
According to Albert, “Later on my mom tried to get to know the real me, to understand that the only son that she has is going through this crisis.”
The support Albert lacked from his friends was gained from local HIV support groups in his community. Albert stated that “The Foothill Aids Project (FAP) and TruEvolution are the only support groups that I have in Riverside.” Through these support groups, Albert is able to receive HIV therapy, transportation, food vouchers, and also housing assistance.
He concluded, “For those that are out there that don’t know their status, I recommend them to go get tested— your life is worth it. We are humans and we are going to encounter problems—but, just pray. If you have faith, things will get better.”
If you or someone you know suffers from HIV/AIDS; or, you would like to get tested, please reach out to the TruEvolution via https://TruEvolution.org and Foothill Aids Project via http://fapinfo.org 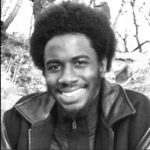